1)    when did you first met with Muhal?
a.    I met Muhal right after I graduated from Northwestern University in Evanston Illinois after the suggestion by Fred Anderson.

2)    have you ever played with his experimental band?
a.    Yes, I did play with his Experimental Big Band. I first began studying composition with him and then soon after I joined his big band.

3)    how about other opportunities to play with him?
a.    I played with a number of his small group projects during my time in Chicago as a member of the AACM.

4)    how did he most influence over you personally and musically?
a.    He was a great influence on me from a musical perspective as well as a life and character perspective. He was a very wise man with high integrity and strong morals. He was my mentor, teacher and my friend.

5)    what do you think is the most specific?
a.    He was a true individual who believed in the truth and living by that code of honesty in his day to day life. His search for truth in himself and others fueled his music and his life.

Polonius: This above all: to thine own self be true, and it must follow, as the night the day, thou canst not then be false to any man.

This was the essence of the life of Muhal Richard Abrams, husband, father, mentor, friend, pianist, composer and teacher. He was wise, kind and honest.

I remember once when I accompanied him to a lecture/workshop where he shared his knowledge without restraint. I was wondering why he did this; give away what I thought were his professional secrets as I believed that many artists held what they knew very close to their vest. I confronted him and with some consternation asked why? His response was: “If I deny any part of myself, I deny the truth”.

He lived his life this way, shielded and protected by the truth and his continued search for the same. It was great fortune for me the day that Fred Anderson told me about Muhal Richard Abrams and suggested that I contact him. I did and he became my teacher, mentor, friend and opened the door for me to become part of his family with his wife Peggy and his daughter Richarda.

I will be forever grateful and honored that he came into my life. 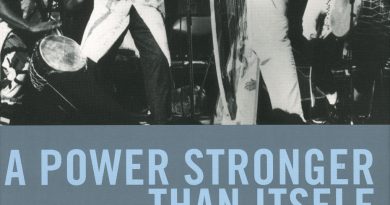 A POWER STRONGER THAN ITSELF： The AACM and American Experimental Music